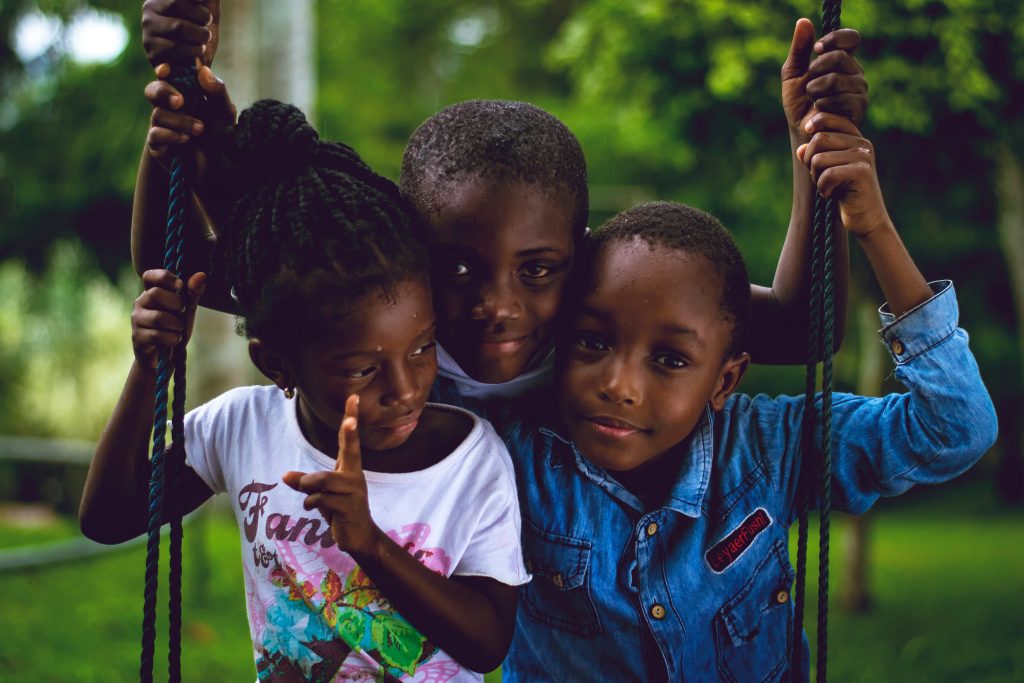 February is observed as Black History Month in the United States.

In keeping with its roots, the observation most often focuses on the achievements of Black Americans from the past, often marked by daily quotations from notable Black leaders from all walks of life and stories about triumphs over the obstacles that our White-dominated society has erected for Black citizens.

But as William Faulkner once wrote, “The past is never dead. It is not even past.”

Recent events across our nation remind us that we do not live in a post-racial society despite the markers of change and access that have arisen for Black Americans in parts of our national life. Bias, both explicit and implicit, permeates our social, economic, and justice institutions and systems.  Structural racism still confronts Black Americans with obstacles and danger every day.

So we want to mark Black History Month with some information about the history our community is making now for the Black children who could be the leaders celebrated in February 2068.

Just last week, The Charlotte Observer reported that, while the number of suspensions of children in grades K-2 suspended decreased dramatically this past year, 67% of the 48 suspensions were Black, mostly boys. Black students make up less than 40% of CMS students.

According to the most recent data obtained from the North Carolina Department of Public Safety, in 2015, Black children were about 32% of the children in Mecklenburg County aged 6 to 15, but they were 76% of the children who were the subject of complaints in in Juvenile Court.  80% of the males receiving complaints were Black, and 77% of the females were Black. In 2016, 81.9% of all stays in detention were imposed on Black children. On the other hand, White children are 47% of the general population and only 12% of the complaint population.

Mecklenburg County is not alone: historically, Black children are eight times more likely than their White peers to be incarcerated for the same offense.

Our community received a wake-up call in 2015 when a Harvard/UC-Berkeley study found that we were last among cities and next-to-last among counties on a measure of economic mobility. That led to the creation of the Charlotte-Mecklenburg Opportunity Task Force and their report “Leading on Opportunity” released in March 2017.

A major conclusion of that report acknowledges pervasive institutional, systemic, and structural racism and identifies the resulting segregation as the “cross-cutting factor” that is “foundational to everything else” and underlies our community’s inequity of opportunity.

Too often it ends in persistent, multi-generational poverty, prison, and early death.

At Council for Children’s Rights, we assert and defend the rights of all children in Mecklenburg County, regardless of neighborhood, race, religion, or wealth. But the truth is that more children with greater disadvantages need our help – more poor children, and because of the living legacy of our history in the racism of our present, more Black children.

If our community is serious about the commitments made by leaders of business, philanthropy, education, religion, and government to raise our community up from our depth of socioeconomic inequity rooted in racism, then we need to accept the challenge of Black History Month to look ahead.

Abraham Lincoln challenged Congress on December 1, 1862, “The dogmas of the quiet past are inadequate to the stormy present. The occasion is piled high with difficulty, and we must rise — with the occasion. As our case is new, so we must think anew, and act anew. We must disenthrall ourselves, and then we shall save our country.”

In Charlotte and Mecklenburg County, if we are to achieve the promise of the vision so many now say they share, we must consciously cast off a status quo designed to achieve the inequitable outcomes we now experience. We must build our institutions anew so our system can achieve equity and justice.

Please join us in our fight for their rights. You can find opportunities to give your time or resources on our “Give” menu item.

← Ellie and Trey Spotlight on Service -- Katten Muchin Rosenman →
TAGS: Black Lives Matter, What We Do

OUR MISSION – Council for Children’s Rights improves the lives and futures of children in Mecklenburg County through legal representation, individual advocacy, and by addressing community-wide issues through research and policy work.